Around Town: New Residential Care Beds to be Built in Campbell River by 2017

Island Health issued a Request for Proposals in 2014 seeking proponents to own and operate 40 new community-based care beds in Campbell River by 2017. Following an extensive evaluation process, Park Place Seniors has been selected as the preferred proponent. 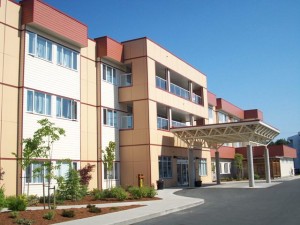 Island Health has announced Park Place Seniors as the preferred proponent to own and operate 40 new community care beds.