Around Town: BC returns to Union First Rule

On July 16, the BC NDP announced details about an agreement with the Allied Infrastructure and Related Construction Council, a conglomerate of American-based Building Trade Unions (BTU). While any company — union or non-union — can bid on a public infrastructure contract, the new Community Benefits Agreement (CBA) requires that all workers on public infrastructure projects join the BTU within 30 days. 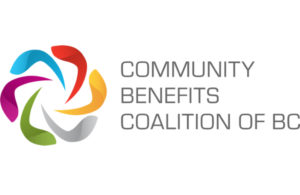 In this week’s issue of Around Town, Building Links reports on the new Community Benefits Agreement that requires all workers on public infrastructure to join the Building Trade Unions within 30 days.

As a result, a group of industry stakeholders have submitted an open letter to the government, urging them to reverse the decision to apply the restrictive project labour agreements. With 80 per cent of BC’s construction workers as non-union, British Columbians could face potential barriers to participate in multi-billion-dollar public projects.

The BC Construction Association has recently released a press release that states that it does not support the new CBA and in the coming days, they will join forces with members and industry partners to demonstrate.