The British Columbia Construction Association (BCAA) estimates 15,000 construction jobs will go unfilled this year and some subcontractors are hiring foreign illegal workers to deal with the shortage. A survey by the Independent Contractors and Businesses Association of BC suggests while most companies are preparing for growth, 60 per cent of construction companies report a shortage of qualified workers. 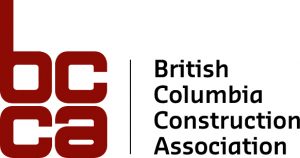 The British Columbia Construction Association (BCAA) estimates 15,000 construction jobs will go unfilled this year and some subcontractors are hiring foreign illegal workers to deal with the shortage

Tom Sigurdson, executive director of the British Columbia and Yukon Territory Building and Construction Trades Council said the issue is “very, very significant.” “Anecdotally, we often say that if authorities were to show up on residential construction sites to check on whether workers were working legally, at least half the work sites in the Lower Mainland would be shut down the following day due to a lack of workers.”

According to Stats Canada, 28 per cent of the underground economy resides in the construction industry.

The penalties for companies that hire illegal workers can go as high as $50,000 in fines and two years in jail and if one federal agency lays criminal charges against a corporation and its individuals, the CRA proceeds with outstanding income tax or GST plus interest and penalties. In short, all employers should ensure their workers have proper qualification credentials as well as government issued work permits for ‘visitors’.