We feature the third quarter statistics for the building permit and construction values for the Comox Valley and Campbell River areas in this issue. There has been a reported increase of 238% in the construction of secondary suites and carriage homes. 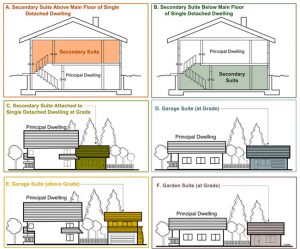 In many municipalities such as Courtenay, Comox, Cumberland and Campbell River specific zoning allows for the construction of a secondary suite in a single-family home without applying for a separate permit. Based on this information we estimate that the increase of construction of secondary suites is actually more like 400% in 2017 compared to 2016. In conclusion, according to the building permits reported and our estimates, there has been a minimum of 100 secondary suites and or carriage homes built in the past year, compared with approximately 25 built in 2016 in the Campbell River and Comox Valley regions.

There is a strong demand in all areas for new single family homes and we expect to see a gradual increase in construction as more lots are brought onto the market.

See you next week!
Clarice Coty