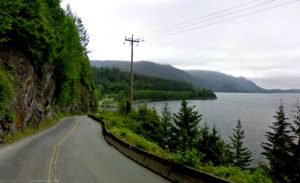 Minister of Infrastructure and Communities and Minister of Transportation and Infrastructure have announced $27 million in funding to upgrade a portion of the Pacific Rim Highway roughly 14 kms east of the West Coast junction.

Portion of Pacific Rim Highway to be upgraded

Minister of Infrastructure and Communities and Minister of Transportation and Infrastructure announced their respective governments have committed to splitting a $27 million bill to upgrade a portion of the Pacific Rim Highway roughly 14 kms east of the West Coast junction. The project will focus on widening and straightening a roughly 1.5 km stretch of highway that’s currently a terrifying 30 km/h zone rife with sharp turns and blind corners. The project is expected to get underway in the spring of 2018 and will take roughly two years to complete.

The Strathcona Regional District has approved the recommendation that the tender for the Quathiaski Cove sewage extension project be awarded to Berry & Vale Contracting Ltd. of Campbell River. The federal government will provide $684,425 of the project costs, while the province will contribute $451,720, leaving the regional district to make up the remaining $232,705. Construction is expected to begin the week of April 3.

Building permit issued for The Ambleside

A building permit with a value of $920,000 was issued for Phase II of The Ambleside and framing is underway for the four remaining townhouses. Phase I, consisting of three units has been sold and occupied. Phase II includes four units, ranging in size from 1,920 to 2,575 sq. ft. Prices of the Phase II units range from $528,000 to $645,000. The townhouses will be completed from August through October of 2017.