Last week, I attended a meeting hosted by the City of Courtenay with regards to their proposed plans to raise Development Cost Charges (DCC’s). The City announced on June 1 that they would be holding a public meeting on June 9. They are seeking feedback from the construction, real estate industry and the public on the proposed increase which, if adopted by council, could raise DCC’s significantly. 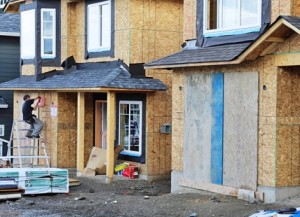 The City of Courtenay is considering an increase in Development Cost Charges, and is currently inviting feedback on the proposed changes.

These costs will have a significant impact on new construction in the City of Courtenay and this new proposed increase, in its present form, could slow down new home construction. If you feel that these costs will have any negative impact on your business, please take time to write to the City of Courtenay engineering department, and send a copy to Mayor and Council by Friday, June 19 at 4pm. Residents of Courtenay or anyone employed in the construction or real estate industry could be impacted financially by these new fees. Your feedback is important to the City of Courtenay. Staff and council are inviting the public and anyone in the industry to respond to their initiative to increase DCC rates by Friday June 19 at 4pm.

For more information, go to the City website at www.courtenay.ca

Comments may be submitted to: