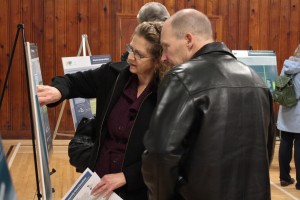 Estimated costs for the south sewer project in the Comox Valley were released at an open house hosted by the Comox Valley Regional District (CVRD) and its project partners K’omoks First Nation and the Village of Cumberland on January 21, 2015. There are currently four scenarios under consideration, ranging from $49.5 M to $58.5 M for overall construction.

BC Hydro has announced it will begin a $25 million upgrade to the Campbell River substation on 7th Avenue in early 2016. This work is separate from other already announced capital projects including the John Hart Generating Station Replacement Project. A third transformer will be added to the 7th Avenue substation, and up to four new feeders or circuits will be added for the Campbell River area. All work is expected to be done within BC Hydro’s existing property, and will be completed in two phases. It is expected the upgrades will be in-service by fall 2017.

A building permit with a value of $3.4 million has been issued to Natural Glacial Waters Inc. for a 68,235 sq. ft. commercial addition in Fanny Bay.