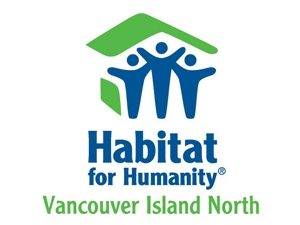 Habitat for Humanity had a ground breaking ceremony on Wednesday, February 15 for it’s latest project in Campbell River. This will be an 11-unit duplex project on a 1-acre site at 477 Hilchey Road. Volunteers are a big part of every Habitat for Humanity build, and this project is in need of trades people and apprentices. If you are interested in volunteering, call 250.334.3777.

Construction of the the North Island Hospitals Project is expected to be complete April 30, 2017, at which point clinical equipment installation and staff training will begin. The new hospitals will open to the public in September of this year. The $606 million project includes a new $331.7 million, 153-bed Comox Valley Hospital in Courtenay on Lerwick Road and a new $274.5 million, 95-bed Campbell River Hospital on the existing hospital site at 375 2nd Avenue.

The City of Port Alberni has submitted a grant application to the National Research Council (NRC) for funding for a possible biomass-powered Community Energy System. The city has been pursuing the possibility of this project for a number of years. An NRC grant would allow the city to be the sole proponent for such an energy system, and a funding decision is expected in the spring. The City expects that the first phase of the Port Alberni Community Energy System will require a capital investment of $6-$10 million depending on the design.