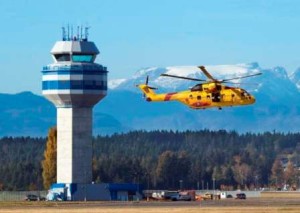 Defence Construction Canada has issued a tender for Fire Restoration in Building No. 22.

Defence Construction Canada has issued a tender for Fire Restoration in Building No. 22. A site visit has been arranged for February 18th at 1pm at Pass Control, Main Gate, 19 Wing Comox. Prospective bidders are encouraged to attend this visit. The estimated cost for this project is $690,000.

Congratulations to Tom Plumb who has recently been appointed Kinetic’s new president and CEO. Tom joined Kinetic in 1999 and previously served as Courtenay Branch Manager for 10 years. Kinetic Construction, a Construction Manager and General Contractor, has offices in Victoria, Vancouver and Courtenay. Visit our blog for more details.

An update to the City of Courtenay’s Development Cost Charges (DCC) Bylaw passed first reading by Courtenay City Council earlier this month. Overall the proposed rates are fairly consistent with existing rates. Single family dwelling unit DCCs would marginally increase by 5 percent; while multifamily and commercial categories would decrease. Carriage houses and suites are accounted for under the Single Family rate and therefore additional DCCs would not be charged for these types of units. Comments will be accepted on the proposed DCC Bylaw update until February 24th. Email engineering@courtenay.ca.