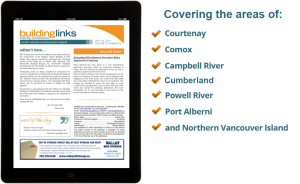 The City of Campbell River has awarded the tender for Raw Water Lake Intake to the lowest priced tenderer, Aecon Frontier Kemper Joint Venture in the amount of $6,498,800, plus a 15% contingency for a total construction budget of $7,473,800. The City will establish a new connection to the lake for which the City and BC Hydro have developed and executed the Municipal Water Supply Infrastructure Construction and Funding Agreement.

The Town of Comox awarded the tender for Robb Avenue Upgrade (Anderton Road to Church Street) to Wacor Holdings in the amount of $942,191. The work generally consists of road reconstruction, concrete curb and sidewalk, storm sewer installation, and line painting on Robb Avenue from Anderton Road to Church Street. Work will begin in late June, and substantial completion of the projectschool year begins in September.