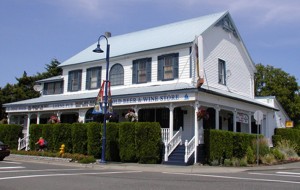 The former Lorne Hotel at the corner of Comox Avenue and Port August in Comox.

The Town of Comox is holding an open house for the proposed development of the former Lorne Hotel site on Wednesday November 26, 2014 from 6:30 – 9:30 pm at d’Esterre House, 1801 Beaufort Ave, Comox. The Town has received rezoning and development permit applications for the construction of a 5-storey mixed-use building that will include the Lorne Pub, bistro and liquor store along with 21 residential units with a rooftop patio. The open house is intended for public review and feedback on the proposed development. The architect will provide a presentation at 7:00 pm.

The City of Courtenay has invited the following five firms to submit proposals for the dsign and construction of a new firefighter training centre on Waters Place in east Courtenay: Johnston Davidson, DGBK Architects, GHMA Architects, Hughes Condon Marler Architects and Chernoff Thompson.

The City of Powell River Council referendum has passed and the city will move forward with plans to seek financing for a new public library at Crossroads Village Shopping Centre on Joyce Avenue. Crossroads Village Shopping Centre has offered the old Brick building at a substantial saving over other proposals for the new Powell River Public Library and the proposal is budgeted to cost $4.9 million.