According to the Canadian Federation of Independent Business (CFIB), the unemployment rate in BC is the lowest in Canada, with Construction showing one of the highest vacancy rates. A 5.8 per cent unemployment rate recorded in February ties for the lowest nationwide rate seen in Canada since 1976, a sign that the country’s economy has been firing on all cylinders. 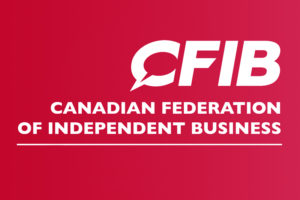 The Candian Federation of Independent Business is reporting low unemployment rates and labour shortages are likely to lead to wage increases in the construction industry in BC. Learn more at Building Links.

In the Northern Region of BC, TransCanada Corporation has conditionally awarded four contracts totalling $2.8 billion to construct the Coastal GasLink pipeline from Dawson Creek to Kitimat. The GasLink Pipeline is expected to require over 2500 workers for the construction phase starting next year, and BC Hydro reported in February that there were already 2086 total workers on the Site C project.

Considering that the unemployment rate for Vancouver Island is among the lowest in Canada, local employers will need to be strategic in attracting and retaining skilled labour as more jobs open up in Northern BC.