Around Town: Supreme Court Rules that CVRD’s Decision be Set Aside Regarding 3L Developments Inc. Application for RGS Amendment

The Supreme Court of Canada handed down its ruling on May 6, 2015 in the matter of the Judicial Review Procedure Act, the Local Government Act, Sections 850, 857, 857.1 and the Comox Valley, Regional District Regional Growth Strategy (RGS) Bylaw No. 120, 2010. 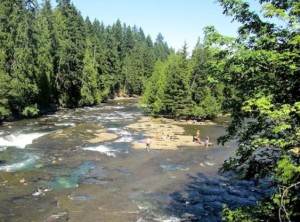 The case was heard between 3L Developments Inc. and the Comox Valley Regional District (CVRD). Madam Justice Burke ruled in favour of 3L Development Inc. citing the following: Conclusion [45]: I am of the view that the CVRD acted unreasonably with regard to its consideration of 3L’s application for amendment. Instead of processing the application to amend in accordance with the RGS, CVRD embarked on a process outside of the ACT and the RGS. While a number of possible acceptable outcomes can result upon CVRD’s receipt of an application to amend, abandonment of the process mandated by s.857.1 (1) is not among them. As CVRD”s decision not to initiate an amendment in relation to 3L’s application flowed directly from the flawed process applied, it must be set aside. Disposition [46]: Given my finding that the Board’s decision was not reasonable, I decline to address 3L’s alternative arguments. I order that the CVRD’s June 24, 2014 decision be set aside and direct that the CVRD consider 3L’s application in a manner consistent with the mandatory process set out in Part 5.2 of the RGS.