Another surge in local construction has City staff processing a flurry of applications and permits in Campbell River, to the point where it’s getting hard to keep up with demand. Construction has been strong and steady in Campbell River since 2013, when a mini building boom began ramping up. This year, they are anticipating an increase of up to 70 per cent over last year. Last year’s stats were comparable to the building happening in 2007 and 2008. This year is expected to rival the numbers for the last peak construction boom year of 2006. 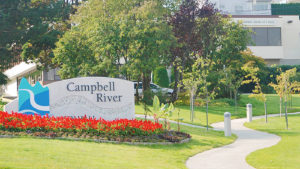 An increase in demand for development applications and building permits in Campbell River means city staff are finding it difficult to keep up.

Already this year, the City has received almost 50 development applications, one and a half times the number of requests for the same period of time in 2016. If the rate of development applications starts to plateau, it will allow some time for City staff to catch up on files. In the meantime, they want to advise the development community they are seeing a growing backlog and they are expecting processing times are getting a bit longer because of the volume of applications to process. Delays due to the increased volume are adding approximately four weeks to the standard turnaround times for development permits and approximately six weeks to building permits.