On July 30, the federal government announced $30 million in funding for repairs and major infrastructure projects at 19 Wing Comox. The money is earmarked for eight projects over the next two years, including building and renovating housing units, upgrading hangars and airfields, and protecting the base and surrounding area against flood and erosion factors. 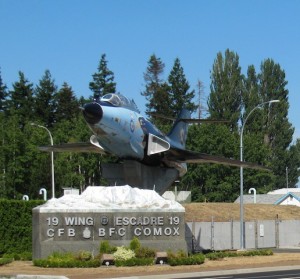 The federal government has announced $30M in funding for repairs and upgrades at 19 Wing Comox.

This funding for 19 Wing Comox is part of the $452 million received by Department of National Defence in November of 2014 for the repair and upgrade of Canadian Armed Forces facilities across Canada. The projects at 19 Wing Comox will help modernize the facility, and ensure the necessary support for military operations at home and abroad.

Tenders have already been released by Defence Construction Canada for Hangar 7 and airfield pavement repairs, while a new tender for Airfield Drainage Studies and Reports has been issued this week. Keep watching Building Links for new tenders at 19 Wing Comox as they become available.