Around Town: CHMC Announces Housing Starts for 2014 in Canada

OTTAWA, January 9, 2015 — The trend measure of housing starts in Canada was 192,047 units in December compared to 194,807 in November, according to Canada Mortgage and Housing Corporation (CMHC). The trend is a six-month moving average of the monthly seasonally adjusted annual rates (SAAR)1 of housing starts. 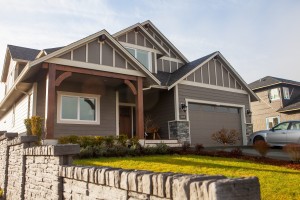 The Canada Mortgage and Housing Corporation has released its 2014 housing starts.

“The modest decline in the trend in December reflected lower levels of both multiple and single-detached starts,” said Bob Dugan, CMHC’s Chief Economist. “Overall, activity in 2014 continued to be supported by employment growth and migration with starts remaining essentially unchanged at 189,4012 compared to 187,923 in 2013. These factors are expected to continue to promote stability in the pace of new home construction during 2015.”