The BC Construction Association (BCCA) has released a construction industry survey for 2016. Highlights from the report include the fact skilled workers are the backbone of the industry, and tight supply is making it a worker’s market. It is estimated that 15,000 construction jobs in BC will be unfilled due to labour shortages by 2024. 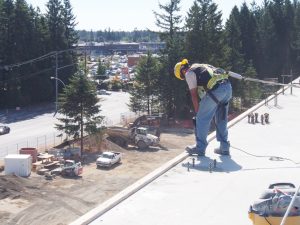 The 2016 BC Construction Industry Survey focuses on trades wages and salaries. The survey combines results from the BCCA, CLR, PCA, and Construction Business Magazine.

Other survey show show that small employers are doing the best job keeping their workers despite offering lower wages. In addition, more women are apprenticing and British Columbians are moving home from Alberta. They have the experience that BC employers need. The culture shift is underway.

For more information on this report visit the BCCA website.